Sun, sea and nudity all the way!

Chris and Pauline have been nudists since they met over 20 years ago. They love the joy of being naturists, totally uninhibited and carefree when at home.

However this was the problem. They could be nudists at home but never outside of the marital home. Yes, they had tried a number of nudist clubs but found them to be over regulated with petty rules and a stuffy atmosphere. They found members to be rather dull and boring wanting to do nothing than have a cuppa of tea on the lawn.

Secondly there were children. This was a complete no-no to Chris and Pauline. They have no children of their own and were a little dubious about children playing around nude adults for fear of embarrassment or even catching a glimpse of them practicing a little slap and tickle, during more amorous moments. Furthermore children could be noisy and disruptive.

They had practiced their nudity at a few swingers clubs but personally did not feel too comfortable about being watched by single guys prowling around them. 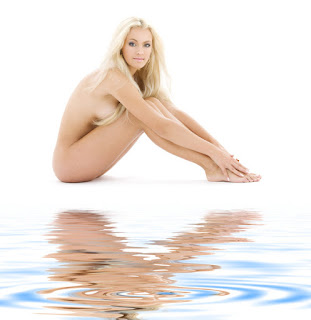 Finally they came across Open House, an online service for homeowners who themselves are naturists, advertising their spare rooms to rent out to visiting naturist guests so that they could earn an additional income and meet new naturist friends at the same time.

After several communications online and then a phone call Chris and Pauline decided that Ron and Sylvia had much in common regarding how they would like to spend time together nude and so they made arrangements to travel down to Cornwall for a long weekend to stay at their home.

Having driven well over 300 miles they were exhausted and a little nervous of what to expect. They need not feared anything. Ron and Sylvia greeted them with huge smiles, beautiful eyes and well toned tanned bodies but most importantly a cool iced cocktail to enjoy beside their pool. Their home was amazing. It had every conceivable facility naturists could possibly want. In addition to the pool were a spa, hot tub, massage area, sauna for the cooler nights, a cinema to show feature movies and the occasional porn film plus a private suite with nude butler for Chris and Pauline.

The suite had its own living area with a balcony looking out over the sea, furnished with the most expensive leather furniture that one could imagine plus a marble floor in the his and hers bathrooms. Pauline even remarked that the dressing room was bigger than her bedroom at home though this would be a waste as they were not prepared to wear a stitch of clothing from the time they arrived to the time they left Ron and Sylvia.

Their breath had been taken away by Sylvia and Ron's friendly and relaxed attitude towards nudity and life in general plus the sheer opulence of their stunning home. They loved every moment there chatting, walking, swimming and dining with Sylvia and Ron, as if they had all known each other for so many years. 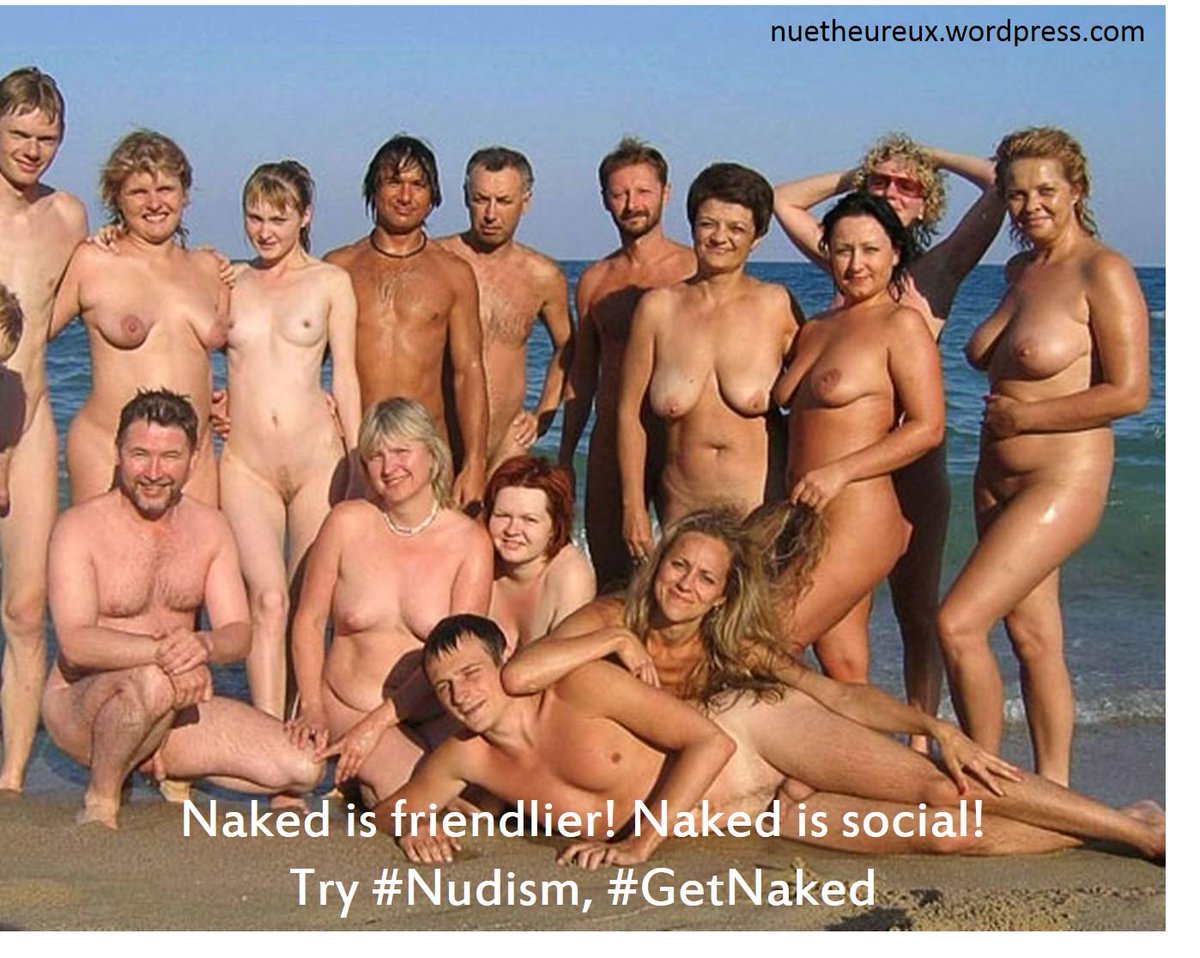 Perhaps you are looking for a similar experience. If so, we would be delighted to hear from you. Send us a message on Twitter, or call 07786 965631 to discover how the service works.
Posted by Guildford Property Professional at 13:35 No comments:

Email ThisBlogThis!Share to TwitterShare to FacebookShare to Pinterest
Labels: bed and breakfast, nudists

You must be completely starkers!

Helen and her partner James have been life long nudists so whenever the temperature rises they relocate into the garden to spend time in the nude. This always seems preferable to turning up the central heating to make it warm enough to be nude indoors.

However they really do not feel liberated until they can be out with others enjoying nature whilst the sun beams down on them. They do of course have the concern of other members of the public at heart and therefore cover up as and when required.

They can of course spend time in the nude with other naturists when attending a naturist club. Sadly they find that these do not tend to be very relaxing places as kids are invited in and all the adults seem to want to do is play with a bouncy beach ball!

Having said this there are now some clubs that have become adventurous enough to enjoy the art of body painting. This does encourage the occasional sigh or an "oh, ah mrs" outburst as a brush stroke passes over a lady's private area or circles around a man's appendage. Enough was enough, though for Helen and James. What they really wanted was somewhere to go where they could spend time in the nude but enjoy a more sensual experience while doing so. This is when they came across Open House. 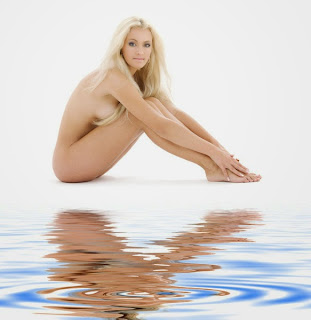 Helen and James have now been the guest of nudists that they have met while on their travels around the UK. They have met with new friends that they would never have been able to meet with at conventional nudist clubs. They have also been invited by their hosts to meet fellow nudists in their private homes or clubs like Eureka, down in Kent.

So, for a overnight or long weekend rental that has been typically cheaper than a hotel room, they have increased their network of nudist friends and had some great sex along the way.

Perhaps you might like to meet them. Become an Open House host to invite Helen and James into your home or become a paying guest to be invited to their home.

How about you?
Want to know more? Add your comments in the form below so that we can contact you to answer your questions.

Posted by Guildford Property Professional at 13:41 No comments:

Email ThisBlogThis!Share to TwitterShare to FacebookShare to Pinterest
Labels: nudists

What a weekend! Non-stop fuckfest with Sam and Sue.

Sam and Sue are regular visitors to swingers clubs in and around London and the South East. They had always dreamed of visiting a club, chatting with new friends, making love in an open playroom, then maintaining the thrill by inviting their new found swinger friends for an all night fuckfest at their place.


Sadly this had never happened. Their new friends either had to return home to make certain that they were up for their kids in the morning; or returning to a local hotel where they felt committed to stay having paid loads of pounds to do so.

One day Sally happened to see one of our comments on social media. Having discovered that we operate an online adult community where people wanting to meet up with others to share their mutual interests, right across the UK, could be a host by renting out their spare room (and even the occasional dungeon) for a fee to a guest wanting to stay the night, or perhaps for a long weekend, she thought that will work for us!

The conclusion to this story was that Sue and Sam became hosts charging for a large ensuite room in their luxury house nearby AbFab Parties. Maria, Paul and Sally were happy to pay the fees to have the pleasure of staying with Sam and Sue whenever they were down in the London area and fancied an allnight fuckfest with their sexy friends.

Not only do Sam and Sue see Maria, Paul and Sally on a regular basis but they have now become Open House hosts. This means their sex life has become much more active as they have the opportunity to host guests whenever they want to. AbFab party events are extremely popular so they have no shortage of swingers wanting to stay with them to continue from where they left off at the Club.

This service has not only boosted their sex life but put money in their pocket for doing something they love.

How about you?
Enter your comments below to tell us why you would like to become a host or guest with Open House.

Subscribe to the Open House Blog by typing your email address in the box below.
Posted by Guildford Property Professional at 02:24 No comments: